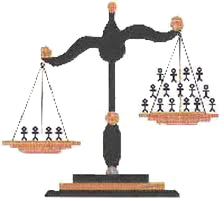 The new government has declared that it will abolish the Seanad and that it wants just one ‘house’ in the Oireachtas, Dáil Éireann.

In democratic conditions, where citizens control their own assembly of representatives, and consequently are the decision makers in the society, there would be no need for anything more than a single assembly or Dáil.

However, lack of democracy being the hallmark of state administration in Ireland there may well be a justification for a second ‘house’.

Others justify the need for a second house simply as an additional layer of check-up and protection of the state from abuse.

Should Seanad Éireann be abolished completely or just reformed?

Today this question is presented in the context of the general dissatisfaction of citizens with the performance and effectiveness of our political systems in general and with politicians in particular.  The context for this discussion is the failure of our political ‘leaders’ to address the needs of the people – they have served themselves and their backers.

Negligence of duty to serve the people has been rewarded.

Senior politicians have paid out and taken huge personal bonuses, unapologetically, despite ever deepening crisis.  We have seen political decisions to commit unprecedented levels of our resources in payments to bond speculators, bankers and property developers.

We are not the only commentators to highlight these scandals, they are well known.  Even Fine Gael’s election manifesto talked about the “Golden Circle”, “Cosy Capitalism” and “vested interests” being at the centre of government.  Yet, all the major decisions made by the past “Crony Government” have been upheld – why?

People have died for want of health care, the domestic economy is crippled, families are enslaved to these same bankers, youth are emigrating in their tens of thousands.  But more than ending the waste, people are demanding that public representatives behave in the manner expected – they are servants of the people and they should carry out this duty of service accordingly, to the highest standard.

What kind of society have we?

This comment, or any of its many variations, has application in Ireland because our society is divided.  Our society is easily defined in terms of the ‘haves’ and ‘have-nots’, those whom the Celtic Tiger ravaged at one end, and those who either invented the Tiger or invited him in, at the other end – and all those in between.

Money and the political parties it commands, the monopoly controlled mass media and vested interest groups control our society, and they continue to conduct the affairs of our state to serve their own interests.  The assembly of peoples representatives, Dáil Éireann, is controlled by these parties to the detriment of the interests of the people.

So, in the context of discussing the Seanad we might consider whether there is a need for some Positive Discrimination, as a check and control on Dáil Éireann and those that dominate it.

Perhaps the new Seanad might have the same number of seats as the Dáil, from the same constituencies, but with the above electorate.  If elections were held 12 months after the Dáil elections, with a bar on dual standing, it would focus on the needs of this section of our community.  The result of such an election would positively discriminate in favour of those in our society that are most in need.  Such an assembly might offer sober insights and policy direction to the Oireachtas, and therefore be well worth its cost.

Such a Seanad, not being by full popular election, could not have power to prevent legislation, but would have the right to review all bills and it would have a voice to defend the interests of those most in need and most often left with no voice at all.