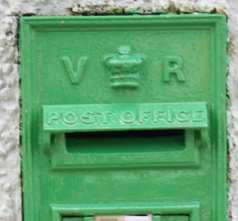 There is a new Page opened on Facebook, called “1 Million Voices for Irish Unity“, a thing we agree with.  It has prompted the following comment:

Let’s give some thought as to how unity is going to come about, to what purpose and on what basis?

James Fintan Lalor declared he “had never gone into agitation and would never go into insurrection” for Repeal of the Act of Union.  Lalor’s demand was “not to repeal the Union but the conquest”, his object was broader than simply removing the English.  Lalor, in the tradition of Tone, knew that the question of land and control by the people of our resources were absolute requirements… this sentiment has been repeated by patriots time and again.

Will Irish unity mean more post boxes painted green?  Will a different set of vested interests rule over the entire people, north and south …  or, will the people rule?

Yes, the destiny of the entire Irish people is inter-dependent, the natural and historic imperative is for unity, and it will come.

We in the 26 counties are not free to decide our own destiny, shape our society, our economy or decide the policy of our state. Neither are the people in the 6 counties free to decide matters in their own interests.

We remain a people who are divided in many ways … by creed, gender, social class, ideology, ‘ism’ or political party allegiance (if any).  We are also divided on the basis of our condition in life, our employment in public or private sector, whether unemployed, in debt, in education, by age, our needs in medical and/or social services etc.

These divisions are used to set us against ourselves, as opposing interests, supposedly competing for a share of a limited resource – and meanwhile powerful groups of vested interests continue to rule over us, north and south.

Beating the drum of any ‘ism’ has become an obstruction to national unity, it has come to mean supporting one camp of vested interests over another, one set of interests ruling over us rather than another.  Such politics promotes division and places prerequisites on our unity – that we must agree to someone’s, or some Party’s, particular policy preferences, philosophy or interpretation of history.

We have common interests as Irish people, as human beings living on the island of Ireland, each of us are equal stakeholders in the future of our country and we should unite to assert our collective right to decide how our country is run.  At present the people do not rule, either north or south, but we should!  This is the demand which offers something worth having, empowerment, something more that green paint on post boxes.

Have we missed the most vital point raised by the founders of our modern nation?

“To unite the whole people of Ireland, to abolish the memory of all past dissentions, and to substitute the common name of Irishman, in the place of the denominations of Protestant, Catholic, and Dissenter–these were my means.”

What if we substitute the terms ‘Party’ or ‘ism’ or ‘vested interest group’ or ‘private club’ in Tone’s call to unity?

The demands of the United Irishmen included the creation of a parliament representative of all the Irish people, not the preserve of the landed aristocracy, the merchants or any other vested interests.  Their reliance was on the mass of ordinary people, not any class or creed or other interest group:

“If the men of property will not support us, they must fall. Our strength shall come from that great and respectable class, the men of no property“.

The democratic ideals of the United Irishmen crowned the formation of our modern nation.  The demand for empowerment has underlined all the struggles of our people, it is the crucial factor that has never been resolved, without it unity would mean nothing.

It is time for the unrestricted empowerment of the people!