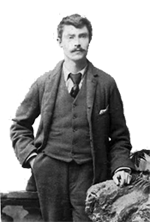 Tadhg Barry was a patriot and a great friend and advocate of the working class.

A very interesting lecture was delivered last Tuesday evening at the Solidarity Bookshopon Douglas Street, Cork.  It was given by Dr. Donal O’Drisceoil, lecturer in history at UCC and editor of the Saothar Journal of Irish Labour History; he was also historical advisor on the popular film “The Wind that Shakes the Barley”.

It’s not every day that you learn something new; it will surprise many republicans and supporters of the working class movement in Ireland, to learn about Tadhg Barry.  He is almost forgotten in popular memory, yet he received the biggest republican funeral ever in Cork – bigger than that of the Lord Mayors – MacCurtain and MacSwiney.  Why was he so popular, what about him?

It seems that he came to dedicate his life to two things:

1. Ireland and all things Irish, including the Gaelic League and the GAA; he was a senior organiser of the Volunteers and was an early member of the IRB in Cork, later he became a member of City Council and served on many civic boards.

2. The working class and the cause for its liberation, he was a follower of James Connolly and an admirer of the Bolshevik Revolution.  In his life he was heavily involved in organising workers in Trade Unions and in defense of their rights – the Trade Union movement in Cork has honoured him accordingly.

Tadhg Barry was shot dead by a young soldier in an apparent careless accident in November 1921, at the age of 33 years, just a few days before his expected release from internment.  As his body was returned to Cork for burial workers marched with red banners to greet him, he was a staunch fighter for the rights of working people.

The lecture was very well received and it was followed by an open discussion.  This lecture was the first in a series being organised at the bookshop, if this was a flavour of what is to come then the lectures must be recommended.