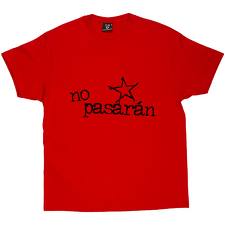 WE HAVE NO TIME FOR RACISM OR FASCISM!

thefuture Initiative has removed a series of postings from our Facebook page, there were links from an organisation styling itself as ‘nationalist’ but who in reality are racist and more like crude fascism than anything else.

Their ‘nationalism‘ has more in common with Nazism – which styled itself as ‘national socialism’ in order to oppose the ‘international socialism’ of the Bolsheviks – it other words their ideology is in the service of corporate rule and monopoly control of our society.

The Irish people have struggled for generations to establish freedom and democracy, even though our exercise of this has been usurped by vested interests and our country remains partitioned.

Racism and hatred are crude anti-human ideas and have nothing in common with Irish nationality.

We have used the term “crude” in relation to the postings we have removed because the bigger danger of fascism comes today in a more sophisticated form – from the same place that it emerged from before WWII – that is the corporate and monopoly controlled world of finance capital.

Mr. Barroso, President of the EU Commission, is driving forward the ‘European Project’, of tighter political and economic control and wants to assert the EU’s position as a global competitor with the other super-powers, backed up by a European military force.  In addressing the EU Parliament this week he said:

“The world needs a Europe that is capable of deploying military missions to help stabilise the situation in crisis areas … we need to launch a comprehensive review of European capabilities and begin truly collective defence planning.”

History settled the question of fascism after the horror of WWII – fascism has no right to organise!

Unfortunately our state has never enacted a ban on fascism, so much so that for years Britain’s National Front  printed their hate literature in Ireland – a thing that remains illegal in the UK.

More crucially, we must be wary of being dragged into full scale wars by such warmonger fascists as those who rule over us from the European Union today.

The popular slogan of the people in their struggles against fascism was “They Shall Not Pass!”, we must add to this the demand for the Empowerment of the People, as this offers the only ultimate solution for humanity.

We must adopt this same attitude today, fascists have no right to organise! even crude manifestations are dangerous.