We have condemned Minister Burton’s Campaign Against Welfare Fraud as being a witch-hunt against the weakest in our society.  She is appealing to the basest intellect – encouraging neighbours to spy on each other and criminalising masses of citizens who are already victims of continued corrupt political and economic systems. She has quoted millions of … END_OF_DOCUMENT_TOKEN_TO_BE_REPLACED 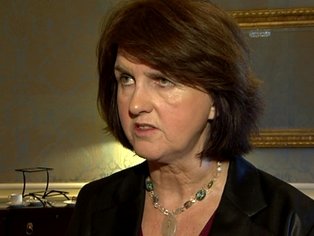 Joan Burton’s anti-fraud campaign is encouraging us to report anyone suspected of making false or improper welfare claims.  She says that there are hundreds of millions being recovered in this campaign and that this year so far they have received over 8,500 anonymous tips from members of the public. It is a curious thing for … END_OF_DOCUMENT_TOKEN_TO_BE_REPLACED