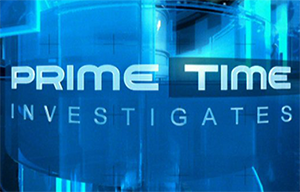 At the regular monthly meeting on 6th November Cllr Ó Cadhla asked that standing orders be lifted in order to to allow the Cobh Municipal District Council to consider the implications of last week’s RTÉ Primetime Investigates programme in so far as it relates to our municipality.

“That this Council regards as scandalous the private tenancy conditions identified by Primetime throughout the country and, in particular, as identified at Harbour Hill in Cobh.

That this Council write to the Chief Executive (CE) of Cork County Council requesting that every resource be used to prosecute offending landlords and to enforce the law regarding MINIMUM STANDARDS.

That such letter also ask the CE to ensure that such living conditions as identified at Harbour Hill be eliminated, and that the individuals involved (both of whom are vulnerable) be placed in appropriate housing, as a matter of urgency.”

Standing Orders were suspended to allow discussion of the above resolution.   After broad discussion it was adopted and the matter will appear on the agenda of Cork County Council on 27th November next, on the proposal of Cobh Municipal District Council.