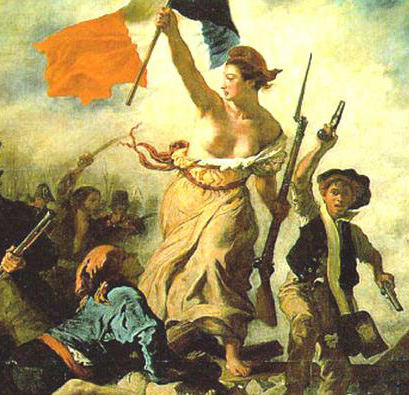 Someone has asked why we should bother looking at history at all, wouldn’t we be better focusing on the future?

We do not look at history for reasons of nostalgia or wishing that we might repeat what was done before, but correcting any ‘mistakes’.  Our focus is, and should be, on the future, on finding solutions to the problems in society today.  However, the past has things to tell us, experience to impart and values to share that are relevant today.

We look at the past because it has brought us to today, we need to understand the processes that are at work.  The history of humanity, of society and economy, is not a static thing, it evolves just like the natural world evolves, in a direction.  History does not repeat itself, conditions change all the time and our society changes too, similarities may exist but the conditions are always different.

Sometimes the pressure and conditions for change build up over time and only unleash at a point of critical mass, like the pressure of a volcano or the fault line of an earth quake.

Often these defining moments are marked by revolutions, with a coming into being of a new era or new form in our social systems.

Each advance in history has left us with a legacy, which now forms part of the human experience, we benefit if we can understand the lessons of this experience.

Proclaiming ‘The Rights of Man and the Citizen’ 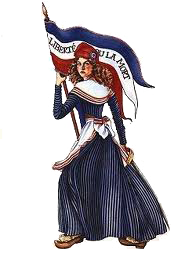 On 4th July 1776 the US declared their independence and threw off their foreign masters, they then followed their own interests as a free people, developing their own economy, science etc.

On July 14th 1789 the people of Paris stormed the Bastille, they took the decisive step to end their subjugation to the system of autocratic rule, of Kings and ascendency.  A month later France loudly proclaimed the Rights of Man and the Citizen to the world, they had taken their first step towards establishing their right not to be ruled over by anyone.

What happened in the US and in France shook the old feudal order and inspired the peoples across Europe – this was a period of fundamental change, a period of revolutions.

These ideas also evolved in Ireland, the United Irishmen were familiar with Thomas Paine’s ‘The Rights of Man’ and the declarations made with US Independence and during the France Revolution.

It was in this period that modern nation states emerged in Europe.

Failure to realise these ideals was a disaster for Ireland

For those peoples who were free this period meant progress, for countries like Ireland, who failed to throw off the yoke, it meant continued restriction of our economic, social, cultural and political life.

Failure of our Rebellion in 1798 exposed Ireland to the worse forms of national oppression, exploitation and virtual genocide during the 1840’s. 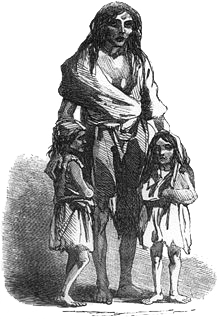 Our economic development was limited to serving the interests of our masters, our primary resources taken and the people kept at subsistence level and frequently at less than this.

Our population growth was restricted by our limited economy, and also by mass emigration at different periods.  Our culture and language were consciously suppressed, through official ‘education’ (see ‘The Murder Machine‘), through discrimination and through terror.

Our political and church ‘leaders’ sided with our foreign masters – they still do, they are part of the line-up of vested interests and their political parties.  Our ‘Liberator’ (O’Connell) was a particular friend of our masters, preaching moderation to the people, disarming them while they starved, and opposing any talk of revolutionary organising.

All nations have the right to freedom

This became the founding principle of the United Nations, the right to national self-determination is the most fundamental requirement of freedom and of world peace.

Lack of freedom is a disaster for any people, this was known in the US in 1776, it was known in France in 1789 and in Ireland in 1798 – it is known today across the Arab world and elsewhere.

We have paid very heavily for our lack of freedom, we have tried to assert it many times since the 1790’s.  Today our freedom is taken away in many and new ways, partition is only one of them.

Economic domination from abroad, the handing over of our natural and labour resources and the financial enslavement of the entire people, are no less a problem than direct rule by a foreign power.  In fact, the modern neo-colonial domination of states like Ireland is in many ways more efficient than the maintenance of a foreign army of occupation.

Some nations are more equal than others!

In the aftermath of this period we see best the emergence of imperial powers, in Britain, France and the USA in particular.  Where free nations took upon themselves to usurp the sovereignty of others, to enslave them and plunder the fruits of their labour and their national resources.

The globalisation of industry, the growth of monopolies in general and in particular of monopoly in the financial sector, has become the dominant force in the economic life of the world.

This dominance of monopoly controlled finance capital is evident today, to the detriment of the peoples.  This factor determines the value of our exchange mechanisms (money), the price of our labour, what will be invested in and what not.   This monopoly determines our economic policy, but it has objectives other than the needs of any people; it furthers private profiteering on a grand scale – it is a monster, it cultivates war, famine, dictatorships and economic plunder throughout the world.

The so called bailouts, the bond holders, the ratings agencies, Goldman Sachs, J.P. Morgan, Deutsche Bank, the IMF/ECB organisations and the Bank for International Settlements are all part of this system – a system which has its own momentum and unending demands.

The citizens were used as cannon fodder

The necessity for social change prompted the people to rally to the cause of the Rights of Man, they did that.

But the peoples hopes were short lived, the victories won were soon betrayed and usurped by a new set of masters who would rule over them.  The longed-for freedoms were denied and the old oligarchs were replaced with new ones, in new forms.

The high ideals of the Rights of Man and the Citizen were set aside and the peoples aspirations denied by a new ruling elite.  So too have the founding principles of the United Nations been walked all over, almost no country today is free to maintain independent development.

We must learn the lessons of history

Today our society is again in deep crisis and the powers-that-be have no solutions.

The pyramid type expanding markets required to sustain the current economic model cannot grow forever, no more than a pyramid selling scheme can.  The system has exhausted itself, virtually every country in the world is in debt crisis – to whom?!  Printing more currency will only give temporary relief to some, the system has run its course as far as history is concerned – it is now blocking the progress of humanity.

Fundamental change is again required, but we can’t repeat the past.  However, the past revolutions have told us something … we must establish the Rights of Man, but this time we must NOT empower any other minority or sub-set of our society.  If any lesson is to be learned is must be that a qualitative difference is required, the people must not be ruled over any more.

The right of the people to govern was defined by earlier revolutions, now we need to make a reality of this right.

The right to liberty and freedom becomes reality when we define HOW this can happen, and then when we proceed on the path to establish those conditions.  A lot of work has been done on this question by those supporting The Peoples Convention and they are currently working on the re-statement of these ideas.

It is time to end the rule of vested interests of any kind, the people must be empowered in order to make a transition to a new society and re-open the path of progress.

Engage in the discussion!

‘thefuture Initiative’ has been a contributor to this discussion for a number of years now.  Readers are invited to comment on these articles either here or via our Facebook page.  Regular commentary and exchange of ideas is available from ‘Grá Tíre’ on the Twitter (@gratire) network.