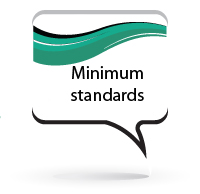 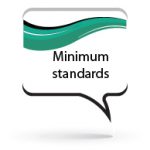 Notice of Motion by Diarmaid Ó Cadhla to full meeting of Cork County Council on Monday 11th September 2017 & response from executive:
(having been postponed from meetings on 11th and 24th July)
To seek a report on the Housing (Standards for Rented Houses) Regulations 2017, covering both private and public tenancies. The report to include:

Reply from the Executive:

3 no. inspectors are employed at fire officer grade to carry out private rented inspections in Cork County of which 30% of 2 of the inspectors responsibilities are linked to Fire & Building Control.
Currently there are 18,835 registered private rented properties in the county. A sum of €61,700 was received from the Dept of Housing, Planning, Community & Local Government in 2016 in respect of inspections made in 2015.
A total of 828 private rented inspections were carried out by the Council in 2016, with 756 dwellings inspected. 733 dwellings in 2016 were deemed to require some remedial measures to meet the standards at initial inspection stage. The most common reason for noncompliance in 2016 (in 626 cases) was that the property owner at the time of inspection did not provide certification that all Electricity and Gas appliances were maintained in good repair and safe working order (Registered Electrical Contractors of Ireland Certificate – RECI CERT & Registered Gas Installers of Ireland Certificate – RGII CERT).
Statistics in this area are compiled on a quarterly basis and while Qtr 2 2017 statistics are only currently being compiled, in Qtr 1 2017, a total of 240 private rented inspections were carried out with 239 dwellings inspected. In Q1 223 dwellings were deemed to require some remedial measures to meet the standards at initial inspection stage.
‘Rebuilding Ireland’s Strategy for the Rental Sector’ which was published in December 2016 outlined that in order to increase the numbers of properties inspected, specific ring-fenced funding for inspection and compliance activity will be identified from 2018 onwards and annual targets for both inspection and compliance will be agreed with local authorities. The strategy outlines an aim of achieving a 25% annual inspection coverage rate by 2021. Cork County Council is committed to working closely with the Department in achieving these aims but it will be dependent on the appropriate funding being made available.
In 2016, 7 Improvement Notices were issued and in 2017 to date 8 Improvement Notices have been issued. No legal action has been taken to-date.
There are no dedicated inspectors of Council owned stock. However, we have 8 dedicated Clerks of Works throughout the County who deal with routine maintenance and any issues identified by them or by Contractors on site are investigated and repaired as they arise.
A stock survey of Cork County Council owned stock is currently underway. The initial phase was carried out in 2016 in Cobh, Midleton and Youghal. Any issues identified were repaired. Further phases will be carried out in 2017 and 2018 to inspect all Council owned stock and any issues identified will be addressed.
Any breaches of standards that are identified are addressed as soon as practicable. There are no issues of redress for tenants in this area.