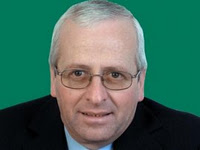 Last week, in the final days of nominations for the Presidential election an interesting thing happened in South Tipperary.  Mattie McGrath TD went back to his constituency to get a decision on how he should vote on the question of whether he would nominate David Norris or not.

Of course McGrath did not mean he would consult the voters of South Tipperary, whose representative he is in Dáil Éireann.  McGrath meant his electoral team – those who supported his campaign to get into the Dáil.  This type of consultation is limited and in service of the minority who are ‘in the club’ – it is not a consultation with the people.

McGrath reported: “I put the question to my supporters tonight ‘Should Mattie nominate David Norris?’ and then I put it to a vote.”  So that is how he decided the matter.

That was McGraths sop to democracy, he asked ‘his people’ to vote.

The interesting thing is that this points to how all of our elected representatives should behave – except that the consultations should be with all voters in the constituency.

We can empower ourselves

According to Bunreacht na hÉireann, every TD is sent to Dáil Éireann to represent the constituency, not a party and not any narrow sectional interest.

Citizens need to be empowered by having such constituency consultations on all matters before the Dáil, including budgets, and mandating all of our representatives on how to vote.  It is the citizens who are sovereign and who are the rightful deciders of state policy, it not for any party or so called ‘independent’ to act in our place, they should carry our mandate.

We must work towards this type of empowerment in order that we citizens can gain control over our state and bring an end to the domination of political parties and vested interests.