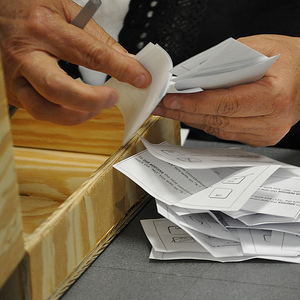 The following is the text of a letter addressed to both the City and County Sheriff in Cork asking that positive discrimination towards people with disabilities be applied to the employment of staff for the coming Presidential Election.

Addressed to both the City and County Sheriff, who act as Returning Officer in elections.

I have been asked to contact you in regards to the coming elections.

I would like to appeal to you on behalf of people with disabilities in regards to the appointment of temporary staff for the Presidential elections.

I am sure you appreciate that employment opportunities for people with disabilities are few, and that such individuals and their families exist in a world that discriminates against them.

Widespread discrimination led to the creation of the Convention on the Rights of People with Disabilities, recently ratified by Government, and also the Irish Human Rights and Equality Commission.

I hope that your office will take this inequality of opportunity into account when making appointments for the coming election.

While the value of such short-term employment may be limited, it would nonetheless offer a small top-up to the very limited incomes received by people with disability.

It would be nice to see our public money used in such a positive discrimination.

I would be obliged if you would confirm to me your willingness to consider this suggestion, or whether there is a legal or other barrier against it?

NOTE: Even though Government has recently ratified the Convention on the Rights of People with Disabilities it still has not ratified the option protocol attached to it which would give disabled people the right to challenge the Government for failure to apply the terms of the Convention.