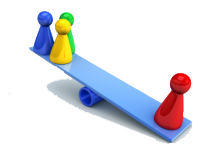 In an article published today Vincent Browne presents a excellent analysis of the gross inequality in our society, not just in Ireland but worldwide.  But he suggests that this system of inequalities has the consent of the people, we disagree on that.

” The greatest trick capitalism has ever pulled was persuading the world its effects – jaw-dropping levels of inequality – don’t exist.”

“The triumph of capitalism has been not just its survival and its vast enrichment of its aristocracy but its capacity to generate consent from the peoples of capitalist societies to the huge inequalities it generates.”

We can’t say that the “capitalists society” or vested interests that rule over us have the people’s consent for the policies they implement – their parties are deeply unpopular and recognised for the ‘Punch and Judy’ games they play out in the Dáil.

Our Dáil is dominated by political parties who are no more than clubs of private membership and they act for these powerful vested interests.

Our electoral laws and practices are geared to favour (inc. financially) dominance of parties – a matter which is both undemocratic and unconstitutional in my view, considering that Bunreacht na hÉireann makes no mention of “party” anywhere.

Browne’s analysis of inequality is revealing and consistent with our analysis of who really rules in our society.

We need solutions, and the solution must be different in nature than what is the problem.

The solution cannot be another sectional agenda – it can’t be a “left-alternative” or just someone’s idea of “a better way”, such would be just other variations of what we already have and, while ‘nicer’ sounding, are equally undemocratic and therefore will make no fundamental change.

I believe the only change that matters is that the people of our country must be empowered themselves; we do not need parties telling us what they will do ‘for us’ and we do not need technocrats either, as have been imposed in Greece and Italy.

For anyone interested in such an initiative, for the empowerment of the citizens, we recommend looking at The Peoples Convention.