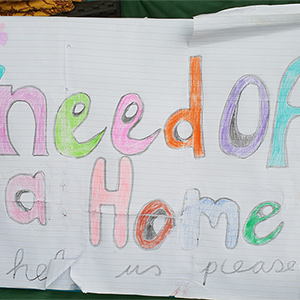 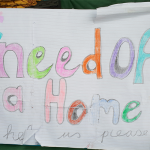 Untold monies are being spent on the visit of one individual to Cork city.

People are being corralled and excluded from most of the city centre.

Most shockingly, from early yesterday (Wednesday) morning no homeless people were even visible in Cork city – where are they gone???

The Housing Action Group in Cork started their 7th 24 hour protest at 10am yesterday, setting up camp outside City Hall, as usual.

Several times during the day the Housing protesters were told they had to leave, Gardaí were everywhere, and bit by bit the streets were locked down, no parking, no traffic.

Officials offered the excuse that for ‘Health & Safety’ reasons the group had to leave the front of City Hall.

Finally, after 3 visits from the Lord Mayor, the group was left with no choice but to terminate the protest at about 7pm yesterday evening, the alternative to leaving was that Gardaí would physically remove them.

Why are people disrupted because one individual decides to visit Cork?

Why was the regular protest of the Housing Action Group removed from City Hall because of one individual – they were no threat to anyone’s safety, and in fact were standing up for the safety of homeless people.

Why is it that state resources can be directed, without restriction, for a royal visit but that their hands are tied when it comes to housing and homelessness?

Yesterday, in Dublin, a homeless man was found dead on O’Connell Bridge.

Once again, the homeless are abused, their lives don’t matter.