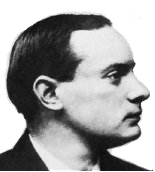 Leader of the Easter Rising 1916

Together he and James Connolly united the patriotic movement with that of the working class, the resolution of whose interests remains inter-dependant.

A .PDF copy of this publication is available for download here…

This time of year brings to mind our generations long struggle for independence. We remember the selfless sacrifice of patriots and the struggles of working people.  We remember the heroic deeds of ordinary men and women, be they in great armies, IRA flying columns, Citizen Army ranks or otherwise. Every generation has played a part; there can hardly be a single family in all of Ireland without some relative who has not given their all.  We remember the inhumanity imposed on defenceless people, war, famine, immigration, exile, enslavement and improvishment. We remember the cultural attacks on our great heritage and language, all part of conquest by a foreign imperial power.

From Ó Neill at Kinsale in 1601, marking the end of old Gaelic Ireland, through to the United Irishmen of 1798/1803 and the formation of the modern Irish nation; through to the Young Irelanders of 1848, the Fenians of 1867, the Rising of 1916, the War of Independence and the struggle right up to our own time – this is a history and tradition of great value and continued inspiration to Irish people today – it will sustain us in the future.

It is a time to celebrate this patriotic tradition, a time of pride. It is also a time to learn from those struggles; what has it all been for?

The great Luke Kelly of the Dubliners voiced this most important question and surely it is one worth answering properly. Was it fame? Was it greed? Did Wolfe Tone or Robert Emmet seek to further their own interests or line their pockets? Did O’Brien, Maher, Mitchell or Thomas Davis accumulate a personal fortune? Did Stephens, O’Mahony or O’Donovan Rossa live ‘the high life’? Did James Connolly or Pearse? Did MacSwiney? Did Bobby Sands or Patsy O’Hara?

These were men and women who engaged themselves in solving the problems of their time in the best way they could; they didn’t count the cost, they were content to scatter the seed. In the words of Pearse at the graveside of O’Donovan Rossa, there’s was to “to hate evil, to hate untruth, to hate oppression, and, hating them, to strive to overthrow them.” They did not bargain with the rights of people, they didn’t engage in politics to gain position or wealth.

These were practical men and women, their heads were not in the clouds; they worked to satisfy both the material and cultural needs of a down-trodden people, to defend them from attack, to rally them in opposition to their enemies. They investigated the problems in their day and reached conclusions – they were hated in ruling circles. Why? because they could not be bought. Their existence threatened the very basis on which our society continues to be organised, where even life itself is bought and sold; their deeds shine like bright stars!

Maybe they were fools?

“Since the wise men have not spoken, I speak that am only a fool;
A fool that hath loved his folly,
Yea, more than the wise men their books or their counting houses or their quiet homes,
Or their fame in men’s mouths;
A fool that in all his days hath done never a prudent thing,
Never hath counted the cost, nor recked if another reaped
The fruit of his mighty sowing, content to scatter the seed;
A fool that is unrepentant, and that soon at the end of all
Shall laugh in his lonely heart as the ripe ears fall to the reaping-hooks
And the poor are filled that were empty, Tho’ he go hungry.
I have squandered the splendid years that the Lord God gave to my youth
In attempting impossible things, deeming them alone worth the toil.”

(extract from ‘The Fool’ by P. Mac Piarais)

To celebrate the 1916 Rising and Ireland’s patriotic struggle, maybe the best thing we can do is to address the problems of today, learn what is happening in our society, understand the nature of it, and contribute towards bringing forward the solutions.

Here we put forward some views on who we are as a people, where we came from, what is our place in history and where are we going …

Our purpose is to generate debate with a view to finding solutions; we invite comment and feedback from readers (contact details on this web site).

The emergence of Nations

What is a nation and who are the Irish? A nation is a community of people, formed on the basis of a common language, territory, economic life and culture. It is important not to confuse nationality with race or tribe, to be Irish is not the same as to be “pure” or Celtic, it is a mix of many influences although strongly influenced by Gaelic tradition. Modern nations came into being with the emergence of the capitalist mode of production and the consequent overthrow of feudalism – thus in France and throughout Europe, in America and in Ireland.

Human society undergoes evolution just as the natural world does, and there are laws that govern this evolution – the driving force in human society is the relationship between humans and how we generate our means of existence, i.e. the mode of production of material things in our society and who owns or controls them. Nations emerged when the capitalist mode of production outstripped the older feudal systems; Lord and Serf, Guild masters and Journeymen. This new class of capitalists demanded political power to match their new found economic power – this was a period of social transformations, old classes were dispossessed and the new bourgeois class took power – by revolutionary force!

The big European powers, Britain, France, Germany, Spain and Italy became the imperialist powers and divided the rest of the world between them, causing enormous destruction in the process! Imperial Britain kept it’s hold on Ireland, we played an important role in helping her imperial conquests.

This same process of the emergence of the capitalist mode of production happened in Ireland too, however, it was quickly nipped in the bud.

Formation of the Irish Nation

One of the early factors that led to the United Irish rebellion was the demand by the new capitalist and landlord classes for the right to ‘free trade’. Trade restrictions on Ireland were long in existence, imposed by our colonial masters, ensuring their advantage and restricting the development of our economic systems. This period marked the formation of what is now the modern Irish nation, it arose from the natural evolution of economic relations in Ireland at that time. Modern capitalist production demanded markets and freedoms in order to progress.

In the lead up to the rebellion Tone himself became exasperated with the native Irish capitalists and landlords and stated that “If the men of property will not support us, they must fall. Our strength shall come from that great and respectable class, the men of no property”. Following brutal suppression of the rebellion, the Irish ruling classes, the owners of the means of production, immediately threw in their lot with foreign rule. The Irish Parliament quickly passed the Act of Union, ensuring continued enslavement of the Irish people and abolition of our independent parliament. When asked later why they sold out to the Act of Union, one of them responded “Sell my country! I am very glad to have a country to sell!”

This class feared for their own economic position in the society if liberation was achieved. From that moment the Irish capitalist class has always seen its interest best served by doing the bidding of foreign capitalists, be they English, German or American.

The Rising in 1916 led eventually to the partial liberation of our country, however, almost none of the social ideals of the leaders or of the first Dáil were ever adopted. Since the Rising and partition the same social class remains in power, promoting itself in various political parties, be they Unionist or Nationalist, Fianna Fáil or Fine Gael, Labour or Green. These parties oppose each other in the media, they express revulsion and horror at each others policies … but this is all an act, they are ‘birds of a feather‘, looking at their policies it seems like they all know different ways to skin cats, however, no matter who, the cat stills looses his skin! Each of these parties tells bare faced lies to the electorate, they break promises, they stand by while our economic life is stripped bare – and these parties do count the cost, they line their pockets very well indeeed; but this is ‘democracy’ in action!?

Where is the plan for Ireland?

Not one of the political parties, north or south, has even tried to put forward an economic plan for Ireland that is based in the first place on the needs of Irish people.

All are working with the old arguments of ‘attracting’ investment, improving our credit rating, tinkering with tax rates, demanding subvention etc. and all are accepting the underlying issue that production can only happen here if someone makes a profit, usually some foreign corporation. The natural law of capitalist economics ensures concentration and monopoly in industry; this in turn leads to manipulation of markets to earn profits and even in trade that involves no production at all – speculation etc. This is the system that has us in crisis right now and which continues to be the cause of wars throughout the world – we must think outside these narrow confines to find real solutions.

Long ago the old imperial powers said they could never leave the African colonies because the natives weren’t capable of ruling themselves, what arrogance! They say the same about production in our modern economy, they tell us we need private profiteers!

We don’t need these ‘masters’, production is already a socialised activity, the problem is that it remains in private ownership, this must change, it is our economy!

So long as this social class remains in power Ireland will remain enslaved to foreign capital.