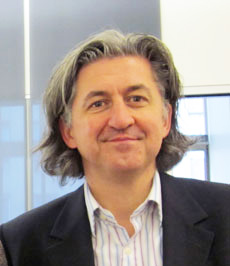 In an article in today’s Irish Times Fiach Mac Conghail outlines a number of political reforms that he supports, in a hands-off sort of way.

The ideas are put out in the guise that this is what the We The Citizens group and their own commissioned MRBI pole discovered – ideas that the government are advancing anyway.

Mac Conghail offers advice to make the governments life “a lot easier” – why does he want to do that? are they doing such a good job for the people?  Maybe he believes that FG/Lab is really concerned with having democratic reform in favour of the citizens?

It appears to us that Mac Conghail, front man for We The Citizens and unelected FG appointee to the Seanad is performing a very conservative political role.

This is noteworthy because he has presented himself as someone who is in favour of enhancing the role of citizens in our society – he leads “We The Citizens“, yet he is repeating the agenda of the infamous ‘European Project’.

Maybe Mr. Mac Conghail’s agenda is not what it seems, politically?

The key elements outlined in the article are:

The above elements are almost exactly what FG published in their election manifesto, it is also what was promoted by the Constitutional Affairs Committee of the EU Parliament several years ago, as part of the European Project.  Coincidence?

The article concludes, advising that if the government goes ahead with its proposed citizens assembly that it could “ease the passage” of difficult legislation.

Is there an unannounced agenda?

Why is Mac Conghial supporting these measures and claiming to be a democrat? what is the real role of We The Citizens?

Perhaps this is why the US based Atlantic Philanthropies gave him and the senior academics with him, including ‘political scientists’, €630k to conduct their experiment (it’s ongoing) in democracy?

There are, and has been, literarily thousands of groups in every part of the country active in defending and furthering the rights of citizens – to our knowledge none of them were consulted regarding the We The Citizens initiative and all could have used even a fraction of those funds.

For us, the agenda of FG and the European Project is clear, it is to further the interests of the power brokers in Europe, this seems to be Senator Mac Conghail’s agenda too.

We think discussing the many reforms that might patch up the system can itself become a distraction from the real issue – the problem is that citizens have no effective say at all in how our country is being run.  None of the reforms proposed will change this in any way, government talk of reforms in a smoke screen.

The end result of these ‘reforms‘, as outlined, is to further entrench the role of political parties, it is to place even more barriers in front of citizens who wish to exercise their sovereign rights.

The empowerment of citizens

There is only one real reform needed, from which all other changes we need will become possible, that is that the people must be empowered in practice.

One is either in support of the empowerment of citizens, fully and without restriction, or one believes that we need to be ruled over by someone.

Sovereignty derives from, and stays with, the citizens.  It is our right to direct all state policy – but this right has been usurped by political parties and the vested interests that back them.

The Peoples Convention has taken up this issue of how the citizens can empower themselves and are currently in discussion to re-state the ideas first launched last November/December.  We would like to encourage all who hold democracy dear to engage in this discussion and to advance the real agenda of the people – not another slight-of-hand by vested interests.