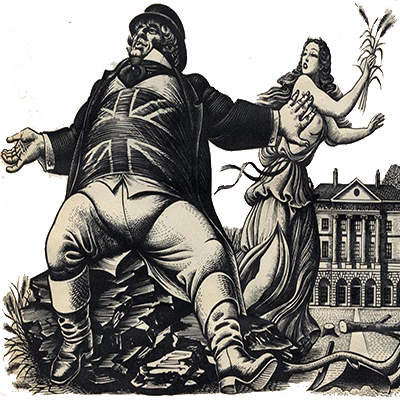 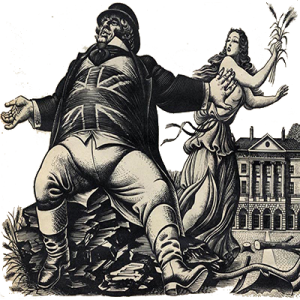 I believe that there is an opportunity before us, one that could hasten the day of national independence.  An opportunity exists to re-integrate the national territory and also to rebuild the unity of our people.

The realisation of our national freedom depends upon individuals taking responsibility, including women, whose role and participation is and has been essential.

We are a divided people, but partition is only one aspect of that.

We are divided between those who have and those who have not, the gap between wealth and poverty is widening.  We are also divided politically, the result of careful manipulation by a ruling elite and their foreign masters.

It is those who have wealth who rule in Ireland, north and south.  The majority, the ‘men of no property’ as Wolfe Tone described them, have no say in how our country is run.

North and south, political forces divert us from understanding what is happening.  The politics of FF, FG and Labour in the south and the DUP / OUP in the north are the same, these are the Parties of the rich.

But there are other political trends that divide us, including false presentations of republicanism and of socialism.

The great ideals of Irish republicanism, for national unity, for freedom, democratic rule, inclusivity, secularism, enlightenment have largely been replaced by the narrow perspectives of Party politics.

The growth of Party politics has reduced our national demands to simple lists of policies, all of which are pre-decided for citizens. Parties invite membership on the basis of policy issues or adherence to some claimed tradition which was once revolutionary, but is no more.

In reality, the Parties have a vested interests in themselves, self-serving, and are little different to what might be called private member clubs.

There is never debate about the underlying cause of the problems facing us.

Political debate has been limited to whatever the latest scandal might be or to issues imposed on us such as climate change, gender issues, the ‘war on terror’ or the many fake news presentations.

Media reports would have us believe that political representatives are fighting tooth and nail over issues – but in reality debate is no more than a Punch & Judy show, a sham.

In the recent southern local elections most citizens didn’t even vote, people simply have lost faith in what is called the democratic process.

The southern state directly funds the Political Party system and a conservative media ensures that nothing fundamental will change in elections.

I have said that the republican ideal has been replaced by the narrow perspectives of Party politics, well so too has socialism.

Who in Ireland today champions socialism?

With few exceptions, the ideas of socialism have been hijacked by elements that are anti-national to the core, they are anti-democratic, and their role has been to divert the working class from their true interests.  James Connolly would turn in his grave if he could see what is passed off as socialism today.

I think part of our problem is that we lack modern definitions for what republicanism and socialism are.

Creating such definitions, in the context of modern Ireland, is a task that we must address.

None of the great patriots in our history are noted for simply repeating the ideas or practice of earlier generations; each generation examined the conditions of their own time, that is our duty today.

Most of those claiming to be socialist seem to forget that history has moved on 100 years since the Russian Revolution.  Today most people can read and write, we have mass communication, and today the working class makes up the vast majority of the population, these are fundamentally different conditions than those which existed in 1917.

Neither republicanism nor socialism were ever ideals to be read from a catechism, they are revolutionary ideals and a guide to our action, to bring about the fundamental change in our society that history itself demands.

It is clear that for anyone to claim credentials by simply using a label such as ‘socialist’ or ‘republican’ is meaningless, practice and principles are more important than words.

The progressive movement in Ireland needs to reclaim republicanism and make it shine in front of all the people, we also need to reclaim socialism, taking it out of the hands of ideologues and renegades whose reason for existence is the betrayal of Ireland and of the working class.

By way of sharing experience, I can say that the work of The People’s Convention over the last 10 years has tried to offer modern definitions and a way forward.

We have advanced this ideal without reliance on any ‘ism’, for example, adherence to socialism (however one might define it) or any issue of social class, creed, gender or any difference on particular policy issues.

The People’s Convention has said that every Irish person is an equal stakeholder in the future of our country and our common interest lies in bringing about our own empowerment.

We have always emphasised the importance of citizenship, that Irish people have rights in our own country (we own it!), and that we should control our borders according to policy decided by us, the people – we have opposed the ‘open borders’ policy promoted by the EU and others.

We have learned along the way, our approach has matured and today we are actively looking to debate with others who are committed to standing up for our rights as a people.

I referred to England’s Difficulty, and that it presents a new opportunity to Ireland.

To grasp the opportunity we need the modern definitions.

We need to see our common interests, within Ireland, and between Ireland and Britain.

England’s difficulty is our opportunity, but only if we are positioned to grasp it.

The difficulties that BREXIT presents to the UK in terms of international trade and the potential strategic isolation of the UK are its weakness.

BREXIT presents the possibility for progressive republicanism to appeal for national unity, making common cause with those currently under sway from UK Unionism, and attacking those promoting EU Unionism.

Our appeal must be to the common man, ‘the men of no property’, whose interests are the same wherever in Ireland they may live.

Irish reunification, with sovereignty held on this island by the people, is possible in the context of a re-defined relationship between Ireland and the other nations on these islands.  Such a re-defining would have to be mutually beneficial and based on equality.  Such development would be possible if strong leadership emerged in Ireland, republicanism should be that leadership.

Britain is our neighbour, they should be our best trading partner.

But our history with the UK is a sad one, based on exploitation enforced through war, famine and enslavement.

Britain was only ever interested in Ireland for what she could get from us.

Our timbers built her navy, our people filled her armies, our food fed them, our seas protected Britain’s dominance in the colonial race, our labour built their cities.

To a large extent that role of exploitation of Ireland has been taken over by the EU, who now also want to drag us into military service.

Today Ireland is massively exploited, we pay the gambling debts of Europe’s financial speculators, foreign corporations dominate our economy and contribute little or no tax, our agriculture is curtailed by the EU’s market access rules and their myriad of external trade deals.

Today, Ireland is as rich as ever, our natural wealth in foods, fish and fuels are vast, our population is educated and highly skilled, we are hard working, we should be benefiting from this wealth.

All of Ireland needs to leave the EU, with or without BREXIT.  Now that the UK is going to leave it makes double sense for the south to do so as well, it makes economic sense.

Leaving the EU has always been the traditional republican position, it doesn’t mean isolationism it simply means that we are a sovereign people who should control our own political and economic life.

We need to address the issue of the EU and its robbery of Ireland.

We suffer these problems because there is no effective opposition in Ireland, republicans have not provided it, neither have the so-called ‘socialists’.

The creation of modern definitions, of modern ideals that we can present to progressives both north and south are needed.  But, we need to do this at the same time as providing a militant defence of the people’s rights on economic and other political issues.

So where are we today?

Forty years ago, if it was reported that 1p was to be added to the price of a pint or a loaf of bread it might have brought about the collapse of Government.

Yet today, in the midst of the biggest homeless and housing crisis in the last 100 years the Government Parties still get elected.

The people have lost faith, but we are not defeated, we just need to see that spark.  We need to provide that leadership, with ideas and a programme of work that is clear and revolutionary. Our programme must promise genuine freedom and empowerment to the people, and it must put bread on the table.

Once again, our appeal must be to that most noble class, ‘the men of no property’, those who must ruler.

I hope we can extend this discussion.