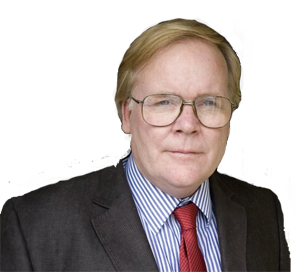 In an article posted on the question of Constitutional and Peoples Conventions Michael Taft, economist, advanced the idea of “reputable groups” and “civil society” coming together to … create a Peoples Convention…

Needless to say we have something to say in that regard.

We are encouraged that Mr Taft would want to address the problems and stand against Government spin on the economy and the rights of citizens but we think his focus is slightly off center. It is right to build Peoples Conventions, this is what we have been encouraging, but it is the people who need to build and control them, not ‘civil society‘ or ‘reputable people’.

We are also encouraged that the ULA appears to have taken up another of The Peoples Conventions ideas, the right to RECALL of elected representatives, this was elaborated by Richard Boyd-Barrett on Today FM on Thursday 7th June – listen to his comments here.

Everyone should take up the democratic ideas, ALL of them, not just some.

‘The Peoples Convention‘ already exists, formed following much discussion among citizens and various initiatives that emerged over the past few years.

The focus of The Peoples Convention is the Empowerment of the Citizens, unrestricted, as the deciders of the policy of our state.  It has much of the spirit you describe, but it’s focus is on the lack of democracy, we are a people ruled OVER rather than ruling.

Yes we should advocate for democracy in economy and the right to work, proper health services etc., but right now the people get to decide nothing.

Perhaps your suggestion of having a mirror ‘convention‘ beside the Government one is to ‘influence‘ the policy debate? But isn’t this the problem, the people shouldn’t be relegated to influencing anything, we should be deciding the policy, that is what democracy is.

Our democracy has been usurped since the foundation of the state.  The political party system, based on service to vested interests as it is, is one of the big factors which effectively excludes citizens from the democratic process.

We citizens should unite without any pre-condition as to policy preferences, in order to empower ourselves, then we can decide all through our own democracy.

There is much talk of reforms, but everything the people need to empower ourselves already exists in Bunreacht na hÉireann.  First we need empowerment, then we can have any other reforms we want, but, without empowerment any reforms are meaningless, as we will still be ruled over.

We, as a people, just need to act differently.

We must stop handing our mandate over to any political party, they are all just private member clubs of vested interests themselves.

Art. 16.2.1 of Bunreacht na hÉireann says: “Dáil Éireann shall be composed of members who represent constituencies determined by law.”  It makes no mention at all of ‘party‘ and makes no provision for individuals to represent themselves – we need to implement this.

The Peoples Convention has described HOW the people can empower themselves, through Selecting, Electing, Mandating, Check-up and possible Recall of TD’s who are contracted to ‘represent constituencies‘.

We need no “reputable group”, “civil society” or mirroring of a “charade” – we need citizens to organise, on a constituency by constituency basis to implement the constitution and to assert our entitlement.

So, Mr. Taff and fellow citizens, I invite you to look at the ideas of The Peoples Convention, make them your own, and implement them.

Let’s work for the Empowerment of the Citizens!

Meanwhile, The Peoples Convention is getting on with its work, everyone is encouraged to join the effort.