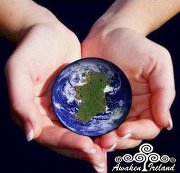 The Awaken Ireland Forum is continuing every two weeks at the Imperial Hotel in Cork.  The forum is a facilitated ‘open space’ discussion, where participants select the topics they wish to discuss themselves and break into group discussions, later coming together to share at the end of the evening.  Topic selection varies with the participants and generally includes some worthy ones – normally ‘Empowerment’ features and recently as well the #DebtOptions initiative is drawing large interest.

The next forum is on Tuesday night, the 30th October.

The following is a short report from the session on 15th Oct. last:

Report on Discussion about Empowerment

drafted by Diarmaid Ó Cadhla from notes at Awaken Forum on 15th Oct. 2012

The topic of ‘Empowerment’, meaning the political empowerment of people and our communities was joined by the topic of ‘Taxation’ – both being taken together.

It was highlighted that huge differences in wages are immoral, e.g. where one persons pay can be in the order of 30 times that of another’s.  Such differences create a very unequal society and bring with it value systems which are not healthy to a community.

Are we being ruled by large banks and industrial interests?

The discussion fitted well into the topic of empowerment:

The Empowerment of the People:

The issue of empowerment arises directly in the question raised in the other topic, regarding WHO makes the decisions in our society.

The view was expressed that citizens have effectively no say in deciding the policy of the state. At the same time it was highlighted that according to Bunreacht na hÉireann (the Constitution) it was the right of the people to decide state policy.  It was said that it was possible for communities to make their own decisions, we did not need to be ruled over by anyone.

Crucially, it was highlighted that our system of representation, in both the Dáil and in Local Government , has been usurped.  We do not have either Councillors or TD’s who actually represent the constituencies that elected them, none of them consult the people to seek our mandate on any issues and most blindly accept party ‘whips’.

Those whom the Constitution tasks to “represent constituencies” instead represent parties or their own individual interests, this effectively denies the people’s right to representation.

The key action points/plan discussed were:

It was explained that The Peoples Convention would soon publish a draft proposal on the issue of “Selecting Peoples’ Candidates” and what it mean to be a Public Representative.

Everyone was invited to take the draft document when it is available and to contribute towards improving it. If a generic description of what it means to be a ‘Peoples Candidate’ can be agreed, without compromise to the integrity of any groups or individuals, then it may allow a significant peoples movement to emerge in the June 2014 elections and offer a chance for real progress.

Now is the time to start preparations for this election, individuals have to take responsibility to get the work underway.

In the broader discussion another contribution pointed out that public representatives should take an ‘Oath of Office’, currently it appears that only the President is required to do that.