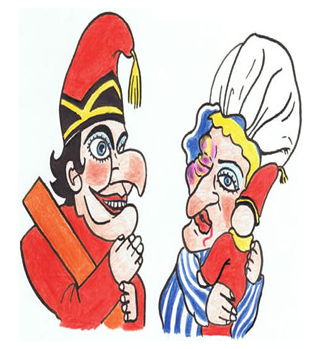 The news this past week has been grim, the crisis is deepening. 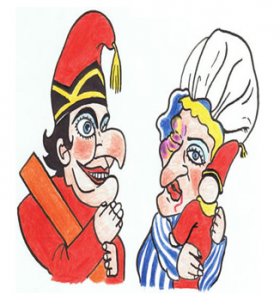 These problems in our society are causing untold destruction to the lives of individuals, families and whole communities.  The domestic economy continues to contract and our future prospects are grim indeed.

They say it’s about ‘balance’, ‘fairness’ and keeping within budgets

Government and opposition in Dáil Éireann are debating the ‘fairness’ of different cuts, discussing the situation in the same old Punch & Judy way, acting out a show.  The discussion is all about reaching ‘balance’ in bearing the hardships imposed by the banking crisis and the terms of the ECB/IMF so called ‘bailout’.

The Fine Gael/Labour government is carrying on the very same policies as their predecessors, they have tinkered with different rates and different emphasis, but the same general line is being followed – the same vested interests are being looked after.  The budget itself is dictated by the need to serve these vested interests; we could resolve any deficit issues ourselves if we were allowed to control our own resources and plan our economy.

The general election has counted for nothing, once again the people have been deceived and our needs ignored.

The debate for change is a sham

The current debate is dominated by the usual ‘experts’, political party spokespeople, media hacks, well paid academics, trade union chiefs and corporate executives.  The debate is dominated by the national and international representatives of the same vested interests who continue to benefit while the people are made to pay.  In other words, the same political forces that lead us into this crisis are the ones currently ‘managing’ it, they are the ones dictating our response to the crisis.

The constant discussion in all the main media outlets, TV, Radio and the printed media might well have taken place 20 years ago or two years ago … it has not moved on.  The same ‘experts‘ who have been proven drastically wrong in the past are still asked for their analysis today, they are not condemned as the overpaid charlatans that they are.

Politicians continue to lie and deceive the people and are not called to account for it, their words are taken and repeated as if they added to our understanding of anything.

The main media outlets are part of the complex of vested interests themselves, they promote the myth that the problems are complex, that we need these ‘experts’, that there is no alternative etc.

The absentee much abused …

The single and most important voice that is missing in the debate is that of the Irish people.

No one consulted with the people on any of the issues that have emerged.

None of the parties in Dáil Éireann recognise the right, in practice, of the people to exercise their sovereignty as the decision makers and rightful creators of state policy.  If they did they would stop imposing their own policy and they would end the ‘whip’ and other mechanism they use to disenfranchise the citizens.

All of the parties say they are acting for the people, that they have a mandate received at election, but this is untrue.  Even if this was true, the fact is that most elected representatives are themselves powerless in the Dáil due to party ‘whips‘, government/oppositions sides, front bench/back bench, inner circles etc.

Citizens have no mechanism for controlling these politicians or their parties.

Citizens are effectively excluded from the decision making in our own state.

Real change is needed, but how can we have it?

First, we must end the endless sham debates, discussing the problems within the parameters set down by the vested interests who are controlling our lives.

Second, we must start the work for the empowerment of citizens as opposed to politicians backed by one vested interest or another.  A programme for this, specific to Ireland’s circumstances, is being elaborated by The Peoples Convention and discussion on its work is ongoing.

It is this self-empowerment of the people that will transform everything, it will provide the platform from which decisions can be made to build our economy, our cultural, social and political life.

This means we must go amongst our own communities and each of us take the responsibility of getting organised.  Empowerment of the citizens begins with ourselves , each of us must be counted.

Thirdly, we must leave all baggage behind.

Our own personal political preferences must take second place to the necessity for the empowerment of the citizens.  Recognition of the right of the people to be the decision makers in our state must come before everything, without that no other political objective is worthy but with it everything worthwhile becomes possible.

Recognition of the sovereignty of the people amounts to nothing unless we embrace the reality of it.

The people, without restriction, are the rightful creators of state policy.  No political party has the right to decide policy for the people – such parties are just private clubs with their own agenda.

This approach is qualitatively different than anything else that is possible, in fact, anything else is only another form of rule by vested interests.

We know there is a lot more to say about the ideas expressed in this article.