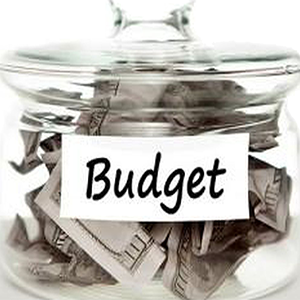 I had the experience of being ejected from the Annual Budget meeting of Cork County Council last week, because I refused to withdraw my expressed opinion that the Political Parties were manipulating Council policy.

Here are the small amendments I wanted to propose to the Budget, however, my exclusion prevented this.

I couldn’t make these proposals because the opinion I expressed was used to exclude me completely.  Don’t politicians disagree about things all the time, and accuse each other of stuff?  Why was I ordered out?

I was told my remarks were ‘scurrilous’, even though they were general in character and not directed at any individual.

The real issue is that I told the truth, and the vested interests in the Political Party clubs don’t like to be challenged.

I have previously described most Council members as mere ‘Noddies’, willingly allowing the cosy cartel to continue, there are many snouts in the trough.

There is an unhealthy collaboration between the Parties and management, the budget process should involve both Council members and the public in deciding  priorities – it is public money after all – but doing this would require engagement with the people, we should be doing that.

The County Council budget is over €340m, there is another €160m in the city.  Allocation of these funds should be transparent, instead the detail is buried behind generalised headings and mountains of paper, making it near impossible to propose any amendment.

Last year I asked that budget estimates be provided in different ways, separating overheads, salaries, fixed operating costs etc. from the overall allocations, so we could see the impact of any adjustments.

I also asked to have a draft Budget prepared 3 months in advance but Council members decided it didn’t want this information – is it a case of there being none so blind as those who will not see?

Hidden behind the budget figures is the continued stranglehold of Government on our delivery of key services to the public, principally housing.

It appears, as is evident with LPT funds, that monies are directed away from public services while Government continues to pay the infamous Promissory Note bondholder debts, €2.5 billion so far this year.

But when we express an opinion we can be excluded, this is a revelation as to the democratic nature of the Political Party system.