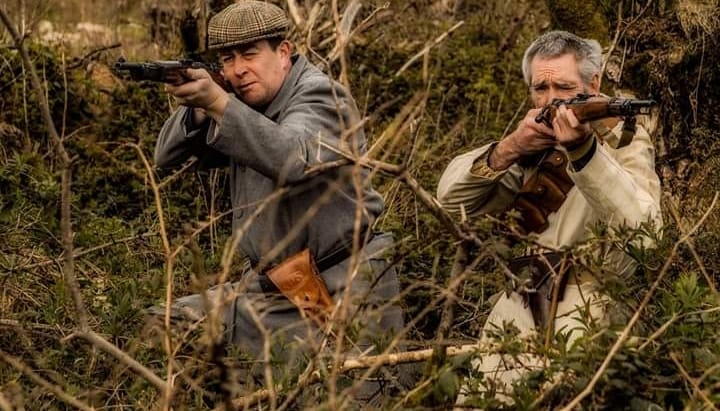 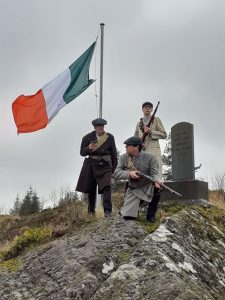 The official launch of the re-enactment group “the Cork Brigade Flying Column” will take place in Kilmurry Independence Museum on Sunday 12th January at 2 pm.

The group had their first outing at the 99th Anniversary of the Kilmichael Ambush in November and found there was huge enthusiasm with people wishing to take part.

Antóin Breathnach, one of the founding members of the Column has said “the Flying Column re-enactment group adds great vibrancy to commemorative events. It’s stretches people’s imagination and gives them a sense of realism about what was happening in Ireland 100 years ago during the War of Independence.”

There will be a short historical talk about the history of the Flying Columns in Cork in which close to 500 IRA members the 3 Brigades participated in.

While the Flying Column of the 3rd West Cork Brigade under Tom Barry is legendary due to their successes at Kilmichael and Crossbarry, there were several other notable engagements in Cork, such as the Battle of Coolavokig on the road between Macroom and Baile Bhúirne.

Here the Flying Column of the 1st Cork Brigade which comprised of 60 IRA Volunteers under the command of Seán O’Hegarty fought a four-hour long battle against 70 Auxiliary soldiers and 7 RIC officers on the 25th February 1921.

14 – 16 Auxiliaries were killed in the Ambush, while there were no IRA casualties.

Seán Moylan commanded the Cork No. 2 Brigade IRA Flying column, and even carried out ambushes in Co. Kerry such as the Tureengarriffe Ambush. He also notably added a 17th century canon taken from Ross Castle to his arsenal for intended attacks on British Army barracks throughout North Cork.

The Cork Brigade Flying Column is hoping to recruit members throughout Cork for various commemorative events and are especially looking for relatives of those who fought in the War of Independence to contact them.

There next outing will be at the pipe band parade in Cork which will be marking the centenary of the murder Tomás MacCurtáin.

It will be first major anniversary in Cork in 2020, with over 30 other Centenary Commemorations likely to take place, such as the Kilmichael Ambush and the Burning of Cork.

The Flying Column are hoping that by this time next year they’ll have in excess of 104 members, so they can fully re-enact the Battle of Crossbarry in March 2021.

The meeting of the Cork Brigade Flying Column takes place at 2pm in the Kilmurry Independence Museum this coming Sunday 12th January, and several members will be in dress attire of the 1920’s.