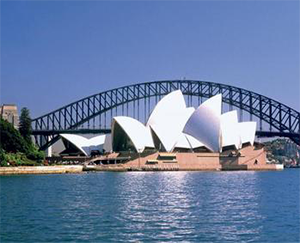 Following discussion with the Australian Ambassador, Richard Andrews, when he visited on 7th July (Cobh’s Australia Day) the links between Sydney and Cobh became increasingly clear.

Sydney has the biggest natural harbour in the world, Cobh sits in the middle of the second biggest harbour.

Cobh was the departure point for countless Irish people who were transported as convicts to Australia over several centuries or who fled during An Gorta Mór (the Great Hunger) – Sydney was their port of arrival.

As the Ambassador pointed out in his early morning talk, 2.5 million Australians claimed Irish heritage in their last Census.

This people link between Ireland and Australia has its roots in Cobh, there are databases at both ends containing the details of these connections.

Australia is a natural friend to Ireland, and visa-versa, this should feed into cultural, heritage, tourism as well as business links – both Ireland and Australia will be enhanced by developing these links.

“That Cobh Municipal District Council initiate the process whereby the town of Cobh would be twinned with Sydney in Australia.”

The resolution was adopted with great support.

The proposal is now being followed, to establish if there is mutual interest in Sydney and to develop a proposal making the case for such twinning – at which stage it will go before a full meeting of Cork County Council.