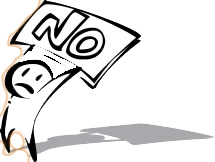 Vote No to the Lisbon Treaty!

The fundamental aim of the Lisbon Treaty is to provide the legal basis for expanding the remit of the EU from being purely an economic block into a political one as well … with it’s own military base to back it up.

There’s no use being a big dog if you have no teeth! No use barking on the world stage if you can’t bite!

That is why we must vote again … to “get it right”. That is why they are going to such lengths to push it through, to intimidate us with threats of a two-tier Europe, economic isolation etc. However, as equal members of the EU we can’t be pushed aside or treated unequally, we have the power to insist on a democratic Europe!

So, while Europe has no ‘teeth’, the US and Russia continues to carve out their ‘spheres of influence’, and drain the life blood from ‘their’ subject nations. They impose their own political system, the ‘market economy’; they install their finance capitalists and their corporations and extract raw materials, minerals and wealth for a fraction of it’s value. The big powers boost their domestic economies on the backs of the poorer and dependant countries – the rich get richer and the poor get poorer. This is the current system of world economy and it is now in such a fragile state that it is dangerously unstable – we are paying for this and are set to pay even more with NAMA. Few countries in the world have independent plans for economic development (including Ireland), everything is done in the service of one power block or another – a system to impoverish the majority – we are locked into this.

In this division of world markets the French and Germans have been somewhat left out, the old imperial powers of Europe want to take back their dominating position. The competing forces are in delicate balance, it is a very dangerous game that is being played out. We in Ireland have a crucial part to play in this process, our constitution, Bunreacht na hÉireann, gives us a vote on the matter – for once what we have to say counts.

The Referendum on October 2nd includes the following text that we are being asked to approve:
“No provision of this Constitution invalidates laws enacted … by the State that are necessitated by the obligations of membership of the European Union … or prevents laws enacted, acts done, or measures adopted by the said European Union … from having the force of law in the State.” [i.e. having force in Ireland]

This means that the EU itself can enact new laws on our behalf, and with Qualified Majority Voting even if our government is against them they can be imposed anyway.

If passed, the EU may later amend the Lisbon Treaty (Article 48) – again, without us having any say – in effect, we will have put Bunreacht na hÉireann in 2nd place to European law.

In addition to specific laws enacted by the EU there is also the question of the European Court of Justice.

The ‘Declaration concerning primacy’ states that: “in accordance with well settled case law of the Court of Justice of the European Union, the Treaties and the law adopted by the Union on the basis of the Treaties have primacy over the law of Member States”

The forthcoming referendum is a question of deciding who creates our most important laws, and whether we want to keep our right to vote on vital questions in the future.

With qualified majority voting, the European Commission will appoint a President to act as head of state in the European Union, they will also appoint a High Representative of the Union for Foreign Affairs and Security Policy – the weighted voting system means that it is the big powers of Europe who will appoint them, the rotating presidency existing up to now will be gone. This “High Representative” shows the importance they are attaching to foreign affairs and security/defence. Why is there no “High Representative” for health services, or sustainable economic development, or for persecution of corrupt financiers or politicians, or for citizens rights? Well, maybe these things don’t feature as important?

The political and economic problems we face are considerable, they require serious examination. We owe it to ourselves; we owe it to the peoples of Europe to call a halt to this adventure – planned years before the current economic crash.

The last time we voted against the Lisbon Treaty it emerged that the Government had no ‘Plan B’, they expected a Yes vote … Now, they still have no ‘Plan B’, what kind of government/managers are they? What will they say if we vote NO again? Don’t be bullied into what is an important decision for our future and for the future of Europe – lets demand that our views are respected!

Europe wants to be a world superpower, we think this doesn’t serve our interests, VOTE NO, again …

This article first appeared on a printed A4 flyer, a .PDF copy is available here… lisbon_treaty.pdf