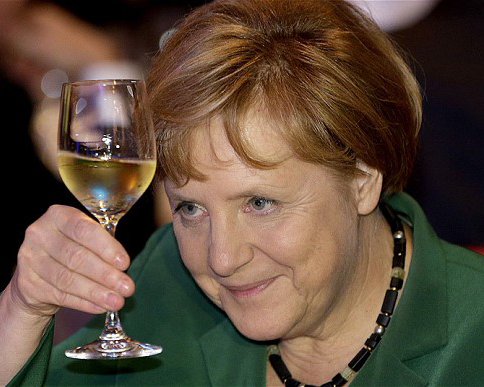 The issue with the policy of austerity, household taxes, water charges, reduced services etc. is that this is NOT the preferred policy of the Irish people – the evidence says that the opposite is true.

Austerity is simply to pay for the bailout of Europe’s banking system and currency.  Even though Ireland only represents 1% of the EU’s population we have paid more that 50% of the EU’s bank bailout so far (Eurostat + Pension funds taken).

Someone, an inner-circle, has decided that austerity is what we need and now they are IMPOSING it on the citizens – this is NOT democratic.  Claims about having no choice, Troika impositions etc. do not hold up, for many reasons, and could never justify that we should be dictated to.

We had an election 2 years ago and the FF/Green government was soundly dumped, along with their policies that wrecked our country.  FG/Labour benefited from this anti-FF sentiment and given their stated manifestos – including “not one cent”, “Labour’s Way”, ‘100,000 jobs in six months’, ‘end corruption’ etc. they now form government.

It is a fact that the government was elected based on untruthful promises – I prefer to say premeditated LIES, this is NOT democratic.

No one believes that the austerity measures are to pay for any services, or for current expenditure by government – it is all to pay the gambling debts of speculators across Europe.  Debts that even the Memorandum of Understanding with the Troika do NOT oblige us to pay, our state is doing it because Mr. Noonan said he got “the nod” from the ECB that it was required, this is NOT democratic.

The Troika promised us approx. €67 billion, we have already put more than that into the Bank bailout.  The people of Ireland got no services at all from this ‘bailout’ money, nothing, it ALL went into paying bank debts that are not ours.  Our domestic economy is destroyed, communities and families broken and emigration is at its highest since the Famine – can we call a spade a spade?

Last year we gave €20 billion to bondholders, this year we pay €17 billion, and this excludes the ‘deal’ on Promissory Notes that is now to enslave our grandchildren – some of whom are not even born yet – we debts we shouldn’t be paying! – this is not democratic.

Anyone supporting government or this approach to non-development of our economy needs to ask themselves if they are doing the right thing.  How much suffering is justified in order to pay these debts? lives are being lost, untold hardship endured!

Effectively the Irish people are being ruled over by the dictate of vested interests, and the political parties are enabling this.  We have a hugely wealthy country, with abundance of all the resources we could possibly need, but the people do not decide the policy of the state – thus we are in crisis.

A huge wrong is being done to the people of Ireland – honest citizens must face up to this and put old party loyalties to one side – call spades spades!

We must question everything and take responsibility for being the solution ourselves.

When we see wrong we must say what it is! We must protest it!

But, more than anything, we must work to remove the vested interests and their parties from power, in favour of the citizens deciding the policy of our state.  Such an initiative is being discussed in the form of People’s Candidates, organisations such as The People’s Convention are working to create such a movement.  Everyone and every organisation of the people that claims to be democratic should engage, discuss and join in – be part of the solution.