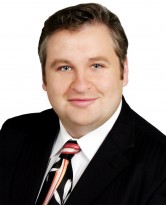 Shock horror! Cork City Councillor Kenneth O’Flynn says he is prepared to “take to the streets to oppose the IMF”.

He says he is committed to defending our senior citizens, their medical cards, public transport, subsidies on gas, electricity, TV and other services.  Cllr O’Flynn also wants senior citizens exempted from the household charges … he sounds like a real hero!

Did I mention that Kenneth is a ‘lifelong member of Fianna Fáil’? See his profile here.

That’s the same FF party who brought in the IMF and attempted to cut senior citizens medical cards recently, the same party is noted for its criminal abuse of public position and funds, the same party allowed the false inflation of our economy to facilitate the banking monopolies, developers and speculators.

So Cllr. O’Flynn’s statement is a bare faced lie.

This lie is typical of what we have come to expect from the political parties who rule over the people, but some lies are just too much, this one is just unbelievable.