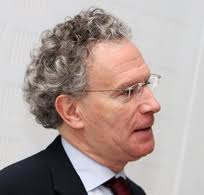 In the Irish Times today Fintan O’Toole comments on the Governments reform proposals, describing them as “feeble”, but he is just adding more of the same meaningless proposals.

Mr. O’Toole is correct that there is a huge demand for real reform and that the Gov’t is not delivering, suprise, suprise. However, he has also advocated even more questionable ‘reforms‘ as mentioned by Ms. Tuffy TD.

The problem is that this talk of ‘reform‘ is itself a diversion, giving the illusion that change is under discussion whereas in reality it is not.

Neither O’Toole’s ‘technocratic‘ solutions nor the manifesto promises of less TD’s etc amount to actual reform – WHY? Because they still accept the status quo where the citizens are not empowered.

None of the reforms proposed, none of the Gov’t conventions or cosmetic adjustment to constituencies or numbers of TD’s or abolition of the Seanad or reduced voting age will result in the empowerment of the citizens. We remain a people who are ruled OVER by a cabal of political parties who represent narrow vested interests and effectively exclude the citizens from the democratic process.

While Ms. Tuffy makes valid points about representation and access to/from TD’s she also disrespects completely her Constitutional duty as a TD. WHY? She is a member of a party that applies a ‘whip‘, so in Dáil Éireann she represents her party NOT her constituents.

Bunreacht na hÉireann says in Article 16.2.1 that “Dáil Éireann shall be composed of members who represent constituencies determined by law”.

The constitution makes no reference to representation of any party or even of individuals to represent themselves – the rule is to “represent constituencies”. That implies that TD’s should be seeking mandate for how they vote in the Dáil etc.  But how many TD’s do this?

The first and ONLY immediate reform we need is the Empowerment of the Citizens, from that everything else will arise as determined by the democratic decision making of the people.

That is what the established Peoples Convention (CPPC) is working for www.cppc.ie